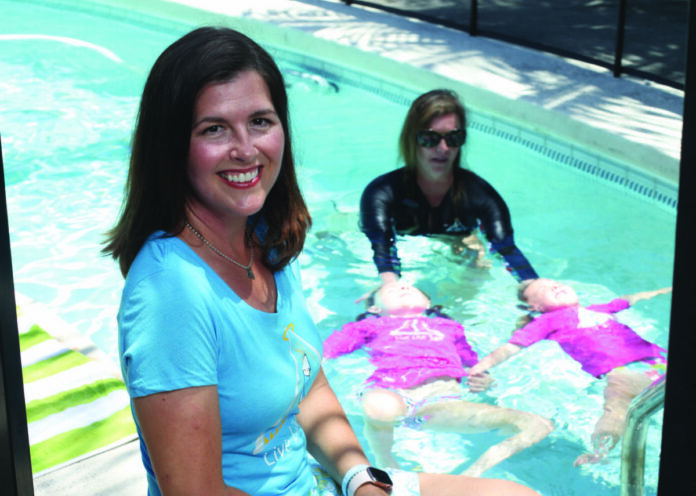 Seven years ago, Keri Morrison suffered any mother’s worst nightmare. Ever since, she’s been transforming personal tragedy into a life-saving movement.

On Nov. 30, 2013, while on Thanksgiving holiday in New Smyrna Beach, Morrison’s 2-year-old son Jake slipped out the back door of her sister-in-law’s house, wandered onto the family’s dock, and fell into the Intracoastal. Morrison was nursing her 12-week-old daughter Julia at the time. Her husband Roarke immediately took his Jet Ski on the water, recovered Jake and drove him to the hospital, but it was too late.

“I still deal with the guilt of failing him,” Morrison says. She’s wearing a blue wristband she designed in honor of Jake, which never comes off. “And anyone can tell me all day long, ‘you didn’t fail your son,’ and it just goes in one ear and out the other. … It doesn’t mean I was a bad parent; it just means I was not educated correctly on drowning prevention.”

At the time, Morrison was working remotely for an investment advisory firm in New York. Within five months of Jake’s passing, she had begun a new full-time venture, Live Like Jake, a charity that raises awareness of childhood drowning, the No. 1 cause of accidental death in children ages 1 to 4.

In its six-plus years, Live Like Jake has raised $1 million and provided 2,000 Swim Scholarships in 37 states, providing funds for financially strapped families to enroll their children in the Infant Swimming Resource (ISR) program.

Today we’d like to introduce you to Keri Morrison. Keri,...